A herd mentality occurs when people are influenced by their peers to adopt certain behaviors and follow trends. This mentality follows a predictable pattern that can be identified in anything that involves a large group of people. It can be found in trends in birth rates, fashion, or the types of movies that are most popular at any given point in time. The Elliott Wave Theory applies this concept to the stock market. It tries to identify where the stock market is in the predictable, repeatable pattern that is created by a herd mentality. 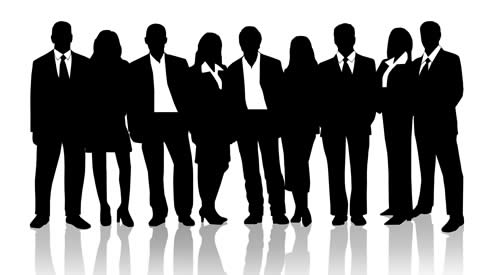 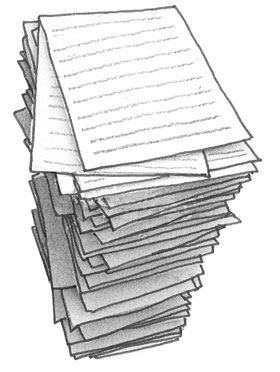 Now, everyone who ever analyzed a stock or any other investment wants to know one thing and one thing only. They want to know where the price of the investment – stock, real estate, whatever – is going to go. If they can find a way to identify the investments that are more than likely going to increase in value, then they will invest in those things and be a successful investor.
There are a lot of different strategies investors can use to reach the common goal of determining if the price of something is going to go up. Most investors look at the financial statements of a company to determine if that company is making an increasing amount of money (or some other metric of financial health).

how to find investments that will go up

The Elliott Wave Theory uses a different approach. Using what it knows about the unavoidable “group think” behavior of a large group of people, it looks at the price movement of a potential investment to determine where it is in the predictable pattern that is created by herd mentality. If that can be determined, then it can be determined if it is a good investment that will increase in value. That’s the nuts and bolts of the Elliott Wave Theory, and it works. Now let’s get into the Elliott Wave pattern itself and how things play out in the real world.

We talked about the predictable, repeatable pattern that is created by a herd mentality. So what is this pattern? Great question. When a stock is in a trend, its price moves in a five-step pattern. Someone who is familiar with Elliott Wave will call this five-step pattern a five-wave move, a trendy move or an impulse wave. These are the moves that we want to find and invest in because they are the moves that will give us insane returns on our investments.

Let’s look at an example of a five-wave move. This is a chart that tracks the price movement of the Nasdaq-100, which is a market index just like the S&P 500 or Dow. Market indexes give us a very good gauge of the direction of the overall stock market – and the market’s herd mentality. Can you see the five-wave move on this chart? 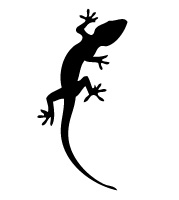 The same price chart is now labeled to show all five steps of this big advance. The first step or “wave” on this chart happens in late 2008. This wave moves in the direction of the new uptrend and is labeled with a black one. This is the infancy of a new trend; at this point, not many investors buy into the idea that a new trend has begun. The second wave plays out in early 2009 and moves in the opposite direction of the trend and often gives the impression that a new trend has not begun; it throws a lot of investors off the scent of the new trend. Next comes the third wave of the advance. This is when the advance really finds its groove, and more and more investors become interested in this dynamic price move. This “third wave move” plays out on the chart from March 2009 until April 2010. The fourth wave (mid-2010) is a move against the dominant trend; it essentially provides a chance to refuel and get ready for the next move. By this time, most investors are aware of the trend and are excited about partaking in the festivities – everyone else is. The final move is the fifth wave. Everyone who is going to invest in this trend is now invested. And that is precisely when the big move ends. Every big advance that was ever worth investing in played out in five waves like this one. If we can identify investments that are in trendy moves, then we can buy into the investment early and ride the trend as far as it’ll take us. Not only that, but price action will constantly tell us if we’re on the right track with our investment. Here’s why:

As shown above, big price trends play out in five waves like this one. Now, look at this chart to see that the first, third, and fifth moves of this pattern move with the trend, and the second and fourth moves go against the trend. What keeps us on the right track is that the moves that go with the trend (the first, third and fifth moves) are smaller five-wave patterns themselves. Look at this chart again and take note of the small blue numbers. They show that each move in the direction of the trend has five moves itself. So any time the price of an investment is moving in the direction of its trend, it is giving us trendy five-wave patterns. This tells us every step of the way if we are trading with the trend or against it, and that is incredibly valuable information.

We could spend the next week looking at examples of trendy five-wave moves; they are everywhere. Instead, look for yourself. Look at some price charts (I recommend using stockcharts.com for price charts – no affiliation), find some big moves, and look for these five-wave patterns. Note that downtrends play out in five waves too.

it’s not always rainbows and butterflies

Of course if the price of every investment was always moving in trendy five-wave moves, investing would be easy. When the price of an investment is not in a trend, it is in a countertrend or corrective price move. That’s it, there are only two options; the price of a market index, ETF, or stock is always either in a trendy move or a countertrend move. No one likes the countertrend moves; it’s when price isn’t moving in any meaningful way so it’s really hard to make any money during corrective moves. But these price moves are just as important as trendy moves because they tell us which direction the trend is not headed.
Unlike trendy moves that play out in five waves, corrective moves play out in three waves. And while trends are purposeful and directional price moves, corrective moves are less purposeful and more indecisive.

Recall that when the price of an investment is in a five-wave trend, the second and fourth waves move against the direction of the trend. You can see on the chart that the second and fourth waves play out in three waves. On a side note, you might notice that corrective waves are labeled ABC instead of 123. Corrective price moves are always labeled with letters while trendy moves are labeled with numbers.

together in perfect harmony

Trendy and corrective price moves don’t just pop up on occasion like the price patterns other investors try to identify (for example, a head and shoulders pattern). Instead, every piece of price action on a price chart is either in a trendy move or a corrective move. Here’s a good way to think about it; if we recorded and charted price action from the very first day the stock market opened to the day it shut its doors and ultimately closed, the price pattern would be one massive five-wave trend. All price action would either be part of a trend or part of a corrective move. Massive bear markets that last years are just really big corrective three-wave moves.

Remember the devastating bear markets that played out from 2000 to 2002 and from 2007 to 2009? It didn’t feel like the market was in some uneventful corrective pattern at the time, but that’s exactly what it was – just on a really large scale. The trend was up going into that nearly decade-long correction, and the trend is up again now that the correction completed. As you can see, the market (or anything else you are analyzing) is always somewhere in the Elliott Wave pattern.
So let’s circle back to the beginning.

The Nasdaq-100 just gave us a big trendy advance. It was followed by a corrective pullback. What’s next? This five-wave advance told us the trend was up. The corrective three-wave pullback confirmed that the trend was still up. Let’s see what happened from there:

The uptrend continued with purpose. The five-wave pattern we’ve been looking at is only the first wave of an even larger five-wave pattern (see the red labeling). This is how trends unfold; identifiable and repeatable.

There are other rules that provide some framework for how a five-wave move can play out. The big one is that a second wave (a countertrend move) can never move below the starting point of the first wave and similarly a fourth wave can’t move below the starting point of the third wave. Learning some of the other nuances of the Elliott Wave Theory is likely in your best interest, and it’s not hard to find information out there on this subject. But just as important is to keep your application of the theory really simple. Too many users of the theory try to turn it into science. They might watch the minute-by-minute price movement of an investment, expecting to find clean, useful Elliott Wave patterns. Hate to break it to you, but it’s not going to be perfect on a really small time frame; there are humans still involved, after all.

Another problem I’ve seen is that people try to use this theory to predict the future. At the sight of a strong move, they confidently announce that the next great bull market (aka the next big five-wave move) is at hand. Then they fight tooth and nail to support that claim, even when it’s long beyond obvious that things have changed and their claim is wrong. You can’t fall victim. This theory provides us constant feedback; constantly listen to it. If you are trying to invest in a stock’s uptrend and the stock’s price falls into a corrective pullback, this is a great indication that you are on the right side of that investment. If instead the stock unexpectedly reverses and suddenly gives you trendy down moves, exit the investment. Never get married to whatever you think is going on; instead simply let price action guide you.

The best advice I can give you is to find price moves that are strong and already well-established. Look for trendy (five-wave) price movement that is occurring in the same direction as the well-established trend. If you find it, buy the investment and then allow price action to guide you from there.

Believe what you want about the reasoning behind it, but plain and simple, the Elliott Wave Theory works. Go look at the price charts of some of the stocks in the S&P 500, on any time frame over a few months, and you’ll see the “waves” at work. Not only is it the simplest, it’s also the most effective way I have found to identify a trend while gaining some concept of how long that trend might continue. And at the end of the day, the only thing anybody is trying to do is trade the trend.

At TrendLizard.com, we analyze the Elliott Wave pattern on every major market segment and tell you exactly how to trade the trends using ETFs, stocks, or cryptocurrencies. We beat the market almost every year, and I’ll show you exactly how to do the same for free!